Should you get rid of Service Level Agreements (SLAs)?

Relying on Service Level Agreements (SLAs) alone in ITSM will not make your end-users happier or more productive. They may even create more problems for your IT services! 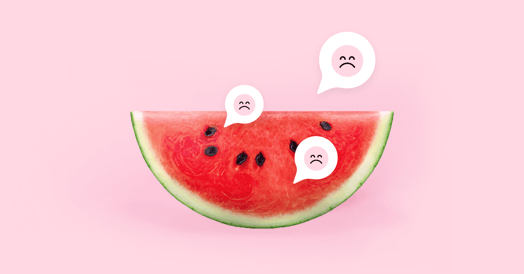 August 27, 2021
Service Level Agreements, or SLAs for short. For years now, I have been advocating for them to be removed.
I believe that although SLAs play a certain role in ITSM, using them alone will not deliver great experiences for your end-users and can even create new problems. To serve end-users better, you need to move to Experience Level Agreements (XLAs) instead.
In this blog post, I will discuss:

The problem with SLAs 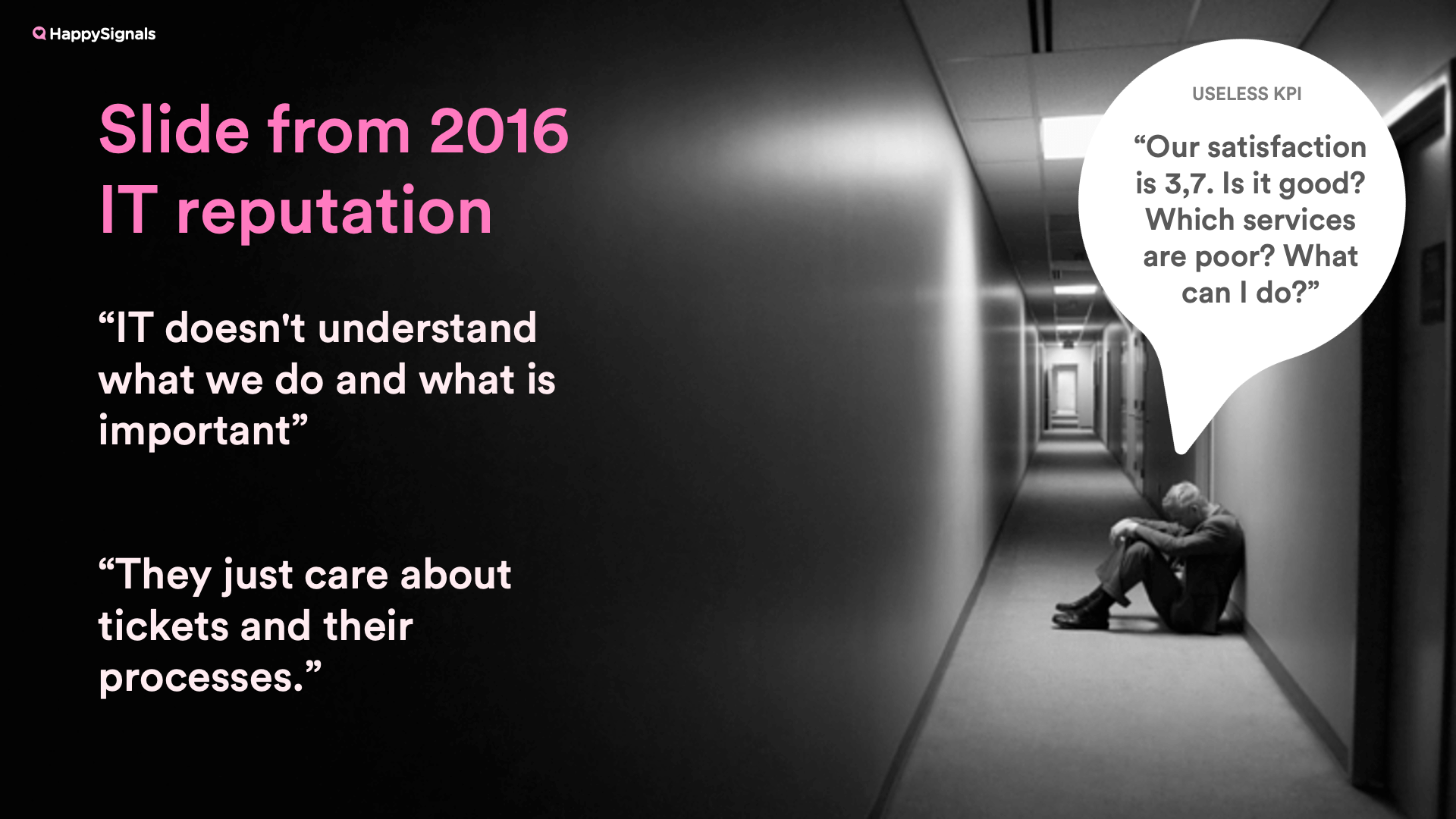 In the early days of HappySignals, we conducted many interviews with IT professionals. Many were using traditional metrics like SLAs and customer satisfaction (CSAT) scores to measure IT.
They would ask us questions like, “We’re getting a score of 3,7, is that good? What services are performing well or poorly?”
As it turns out, SLAs and CSAT were not helping IT to understand how end-users were experiencing IT. SLAs may look green on the surface, even when end-user experience is red inside, also known as the dreaded Watermelon Effect.

But IT did not understand why this was happening and how to improve, because SLAs were not giving rich insight into end-user needs and pain points!
Ultimately, traditional SLAs are good for measuring IT processes and output. But they do not measure how end-users feel about IT — how their happiness and productivity are affected by IT services and interactions.

SLAs are not just insufficient. Your IT Service Desk’s singular focus on meeting rigid SLA targets, such as first response times or speed of ticket resolution, can even lead to poorer service for end-users.
How? Here’s a real example from one of our customers, Wilhelmsen, which was shared in this Happy in 15 episode.
They had created an SLA for their chat service such that end-users should not have to wait longer than 30 seconds for a first chat response. This sounded great in theory.
But in reality, their outsourced Service Desk with a Managed Service Provider (MSP) was so focused on achieving this SLA that their Service Agents were responding to multiple chats at the same time. Frustratingly, they would leave end-users hanging for many minutes between subsequent responses, since they were juggling multiple chats.
This is a classic example of how even with the best intentions, SLAs can backfire, creating more inefficiency for your end-users.
After discovering what was really happening with the chat for end-users through Experience Management, Wilhelmsen decided to suspend their SLA on chat response.
Watch Marte Thorbjønsen (Director of IT Core Operations, Wilhelmsen) discuss this issue and why SLAs alone cannot help your MSP to increase end-user productivity without Experience Level Agreement (XLA) thinking in this webinar.

From SLAs to XLAs

Today’s Enterprise IT end-users, like consumers, increasingly expect great experiences. Experience matters to your employees and by extension, your business! IT hence needs to move from relying on traditional SLAs to embracing Experience Level Agreements (XLAs).
In short, XLAs are a reimagining of service level agreements (SLAs) that focus on what's most important to end-users. They measure the performance of IT by quantifying the end-user experience and IT service outcomes with end-user-centric metrics.
Ultimately, SLAs measure the process, while XLAs measure the outcome and value of IT for end-users. It’s time to use the right metric to measure the right thing.
Learn more about XLAs and how to implement them in our Practical Guide to XLAs.
In this week’s episode of Happy in 15, Pasi and I also discuss SLAs vs XLAs and the importance of including rewards in agreements with your Service Desk, instead of just sanctions and SLAs. Watch it below. 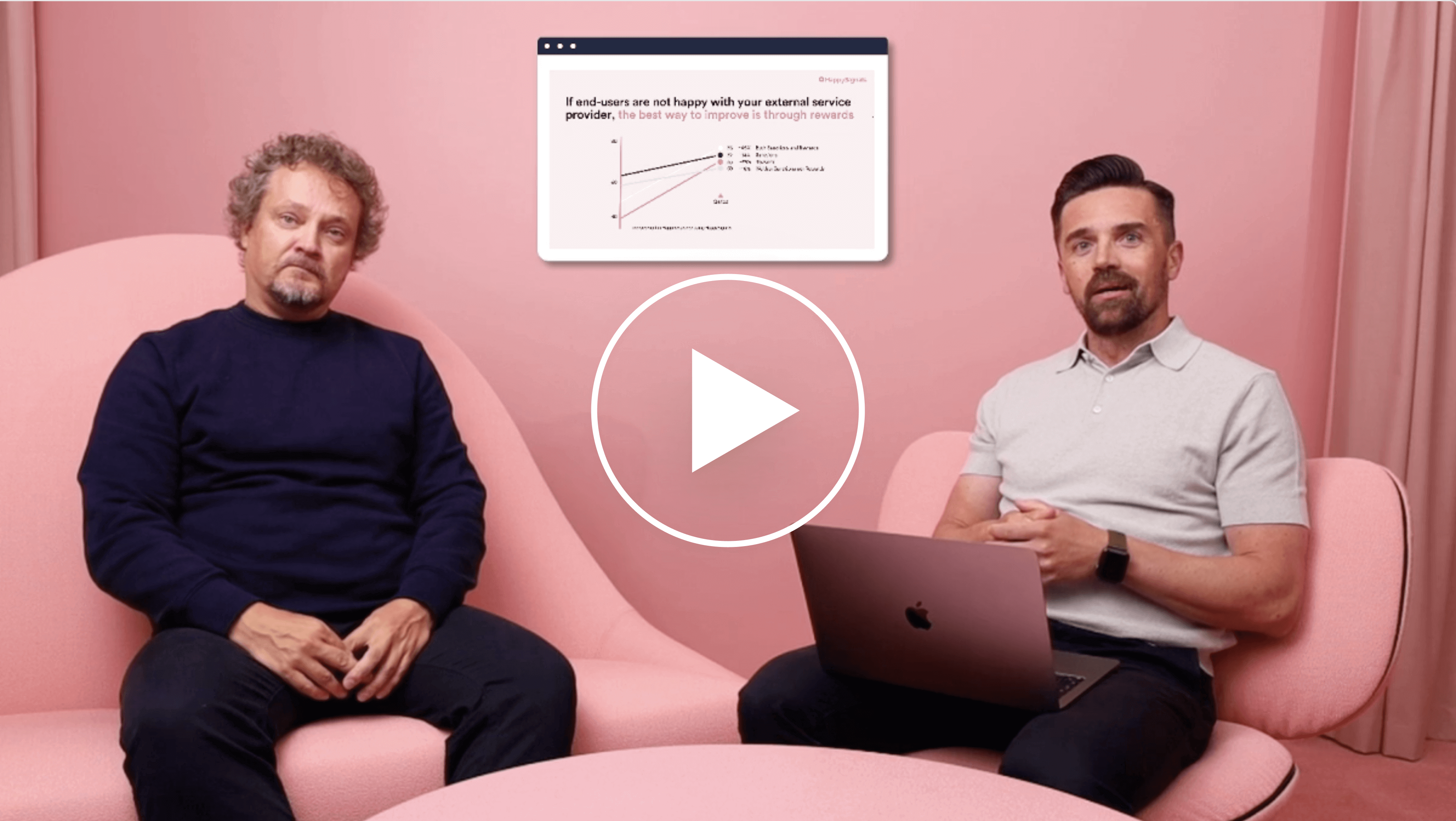 If you enjoyed watching this, be sure to subscribe to Happy in 15 and never miss an episode. If you prefer to read than watch, stay tuned for more blog posts like this one!
Looking for something even more bite-sized? Check out our recently released Learning Center, where we cover everything from XLAs to optimizing your ServiceNow.
#XLA, #Experience Management 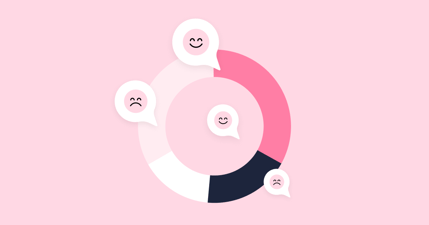 Humans are the best sensors for IT

At the core of why HappySignals exists is our vision for IT Service Management to be more human-centric — to listen to ... 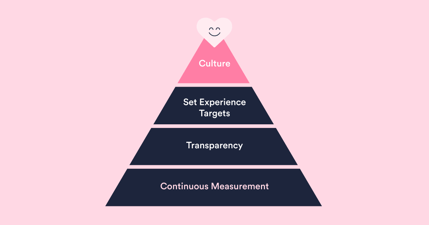 15 Tips for Starting with IT Experience Management

Employee, or end-user, experience management is a hot topic in IT right now, particularly when a productivity-based ...