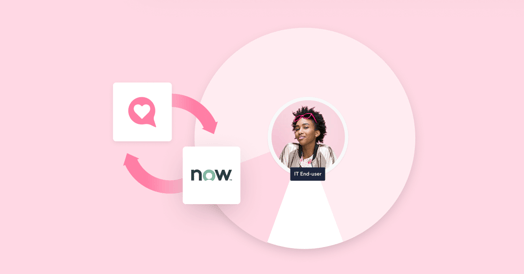 Modern IT service delivery and support capabilities – offered by solutions such as ServiceNow – have widened the spectrum of end-user, or employee, touchpoints that your IT department needs to monitor for effectiveness and improvement opportunities.

This is in addition to the various devices, applications, and services that employees are reliant upon to go about their work, including those introduced to enable pandemic-related remote working, and includes the various support channels – new and old – that are offered as part of an omnichannel experience.

But how well are your end-user IT touchpoints working?

If your current customer satisfaction (CSAT) results are to be believed, then it might look as though everything is working well – with the rolling CSAT score exceeding the agreed-on service level agreement (SLA) target. However, as is often the case, the devil is in the detail.

For example, the high use of the traditional telephone channel might mask the under-adoption and underperformance of other channels. Perhaps with a vicious circle – for instance, where a poor self-service experience pushes an employee back to the telephone channel – meaning that adoption levels stay low, the expected benefits of the new channels aren’t realized, and the issues related to the new channels aren’t visible to those monitoring the end-user IT touchpoints.

To help, this blog explains how your organization can get a better understanding of all end-user IT touchpoints in ServiceNow.

The many issues of traditional CSAT surveys

If you’re still thinking that your CSAT scores tell you everything that you need to know about your IT touchpoints, then this section – on the issues of traditional CSAT surveys – will help you to understand why a different perspective is needed.

While CSAT surveys have traditionally provided some balance to the many operationally-focused performance metrics employed in IT, they can fail to deliver much-needed insight. Perhaps identifying some of the issues caused by process bugs, ineffective changes, or service delivery failures, say, but definitely not catching them all.

This lack of insight is caused by a variety of factors, which include:

These and other issues should be kept in mind when looking at how your IT touchpoints are currently working, as should the possibility of issues being lost in the aggregation of data.

Sounds confusing? This is what I mentioned in the example in this blog’s introduction – where the aggregation and viewing of feedback as a singular data point hide the issues within specific IT service and support channels (or touchpoints). That a high-volume and high-scoring channel such as telephone might drown out the issues that are hidden in the smaller volumes of chat channel feedback, say.

Of course, the impact might be far more significant than the impact on end-user preferences of IT touchpoints. The poor chat experience might cause the end-user to seek help elsewhere in the future or to struggle on with an issue. Both of which adversely affect their productivity and business operations and outcomes as a consequence. It’s likely to affect the perceptions of the IT organization too.

Hence, the best way to view all IT touchpoints in ServiceNow is to view the individual channels in isolation – to better understand what’s working well and what isn’t. Importantly, for end-users, not IT.

Although, knowing the relative level of channel adoption and having the ability to drive demand to certain channels is a significant benefit for IT service desks. Whether this is to better cope with demand via the increased use of self-service, to speed up resolutions, to reduce the cost of support, to improve the employee experience, or for another reason.

You might think that your CSAT feedback already allows you to accurately do this – although if you’re that certain of this, especially given the common issues listed above, then you probably wouldn’t be reading this blog.

Based on the years that we’ve been working with our customers to improve the performance of their IT support capabilities (in line with end-user expectations and needs), the chart below shows both what’s most important to end-users and the relative level of performance of each of the most common IT touchpoints at an aggregated level, i.e. across all of our customers. 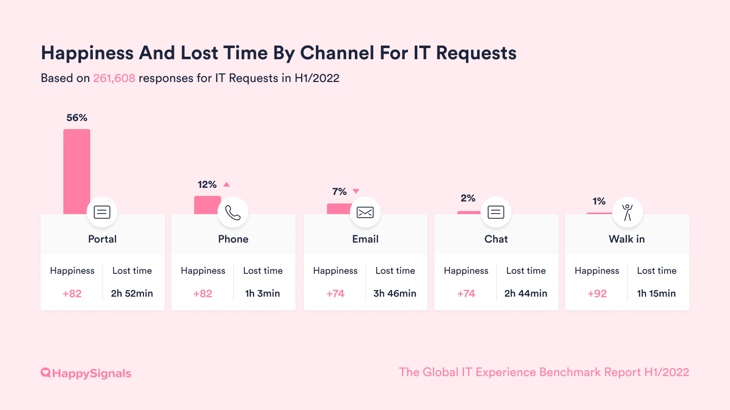 Comparing the performance of different end-user IT touchpoints in ServiceNow

The above chart shows three key data points relative to the five most common IT support channels for incident handling:

Hopefully, these experience based insights are interesting. But, more importantly, have they made you question your knowledge of your organization’s end-user IT touchpoints and their relative performance levels (in employee, not IT, terms)?

Want to find out more about how experience data can help your organization to understand – and improve – its end-user IT touchpoints in ServiceNow? 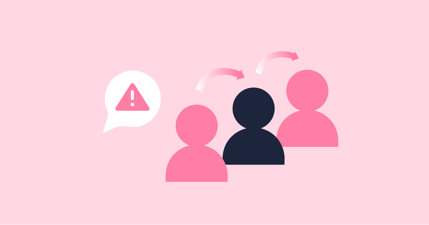 Ticket bouncing, frustrated end-users – what can IT do?

Have you ever called a customer service hotline, only to be passed from one service agent to the next while waiting for ... 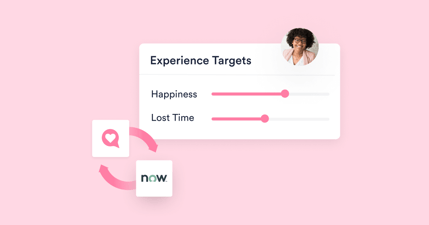 How to Set Up XLAs in ServiceNow

If your service provider organization is currently looking at the use of experience level agreements (XLAs) to better ...